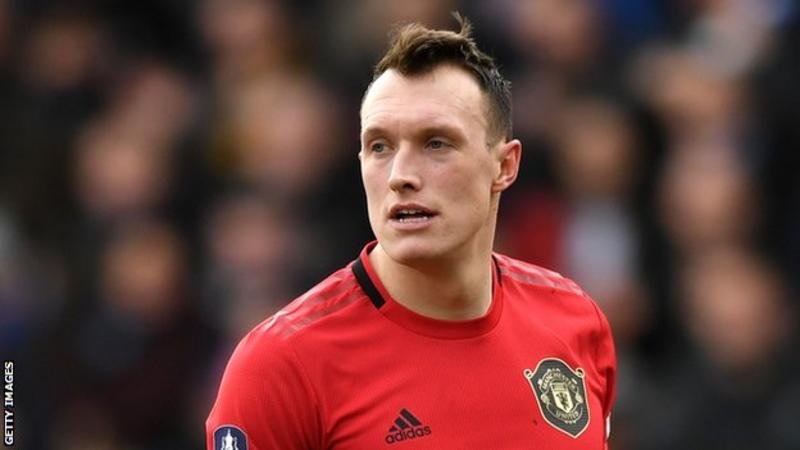 Manchester United defender Phil Jones has not travelled to the Europa League final eight tournament in Germany because of a knee injury.

The 28-year-old's last match was an FA Cup tie at Tranmere on 26 January.

"Phil has been following an individualised training programme during the post-lockdown period to optimise recovery from a knee problem," said United boss Old Gunnar Solskjaer.

United play Copenhagen on Monday in their quarter-final.

The ties in the closing stages of the competition will be single-leg games and held at venues across Germany, including Dusseldorf, Gelsenkirchen, Duisburg and Cologne.

After the last-eight games on 10-11 August, the semi-finals take place on 16-17 August, with the final four nights later.

Jones has played just eight times this season. Solskjaer said he would continue to work with a fitness coach while the squad was in Germany.

Defenders Axel Tuanzebe and Luke Shaw had already been ruled out of the trip because of injury.